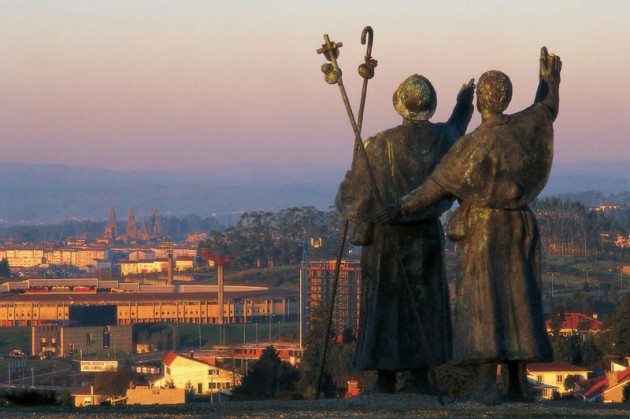 The earliest records of visits to the shrine dedicated to St. James at Santiago de Compostela date from the 9th century. The pilgrimage to the shrine became the most known medieval pilgrimage. It became a custom for those who returned from Compostela to carry back a Galician scallop shell, often found on the shores in Galicia, as proof of their completion of the journey. This way the scallop shell turned into the most important symbol of the Camino, which also can be found painted on the roads, buildings to indicate the correct direction. 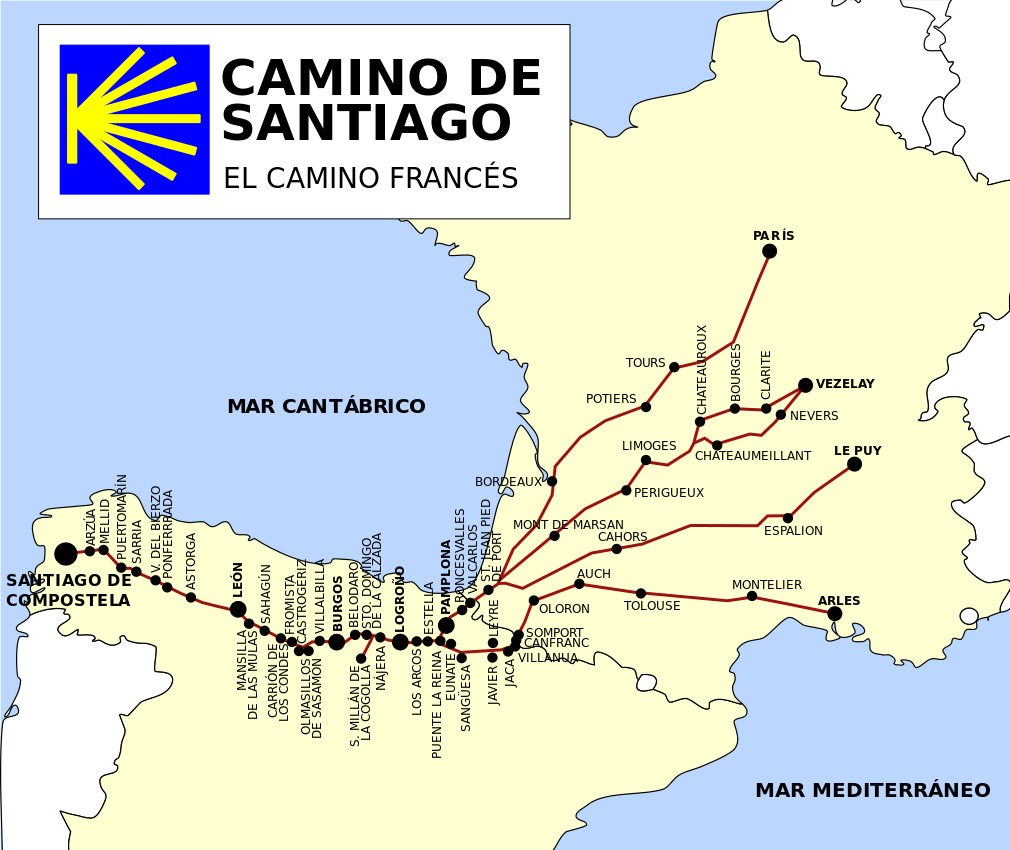 Currently the route is taken not only because of religious reasons;  many of the pilgrims undertake it to live a spiritual experience, adventure of meeting new people and visiting beautiful places, be close to the nature, practise sport ect.

The facilities along the most popular route, El Camino Frances, are very good. You will find one or more pilgrims’ hostels or, in Spanish, albergues in nearly every village you walk through. In many of the albergues, you can get your “Pilgrims credential” or “Credencial del Peregrino”. As you walk or while being in hostels it´s a great opportunity e to meet people and listen to their stories. 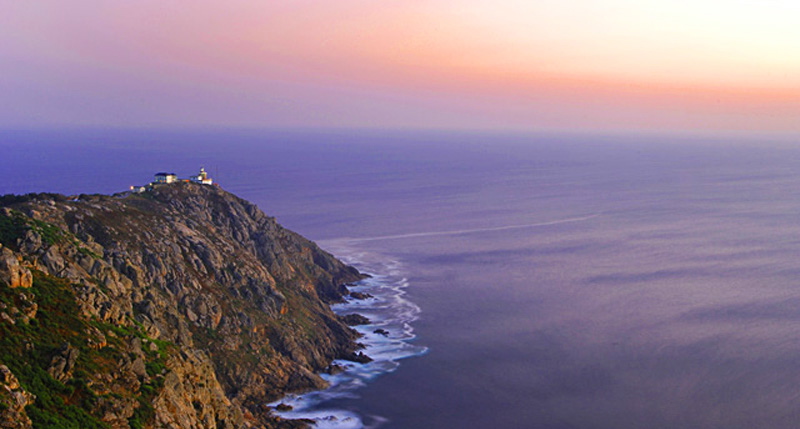 Finisterre: In the Middle Age, after arriving at the Cathedral of Santiago pilgrims went few miles further west to reach the end of the known world (Latin: finis terrae). Some of the pilgrims still keep this tradition and after having reached the Santiago´s cathedral continue to get to the coast of Galicia.

In this place pilgrims perform series of “rites of purification”:

– Bathing on the beach Langosteira, symbolizes the purification of the body,

– Burning clothes, with the fire tries to burn all the things you want to undo,

– Watch the sunset, symbolizes death (the sun at sea) and resurrection (the next day).

Whether you are looking for a spiritual experience or an adventure in the bosom of nature the Camino de Santiago is perfect.  And after your adventure is finished you can prolong your stay in Galicia and have an adventure with the Spanish language in our school in Santiago de Compostela.

We are waiting for you!