Malaga, the capital of Costa del Sol and birth city of Pablo Picasso and Antonio Banderas, is one of the tourist destinations in southern Europe. It has a population of 600,000. It has one of the busiest airports in Spain in number of domestic and international flights and one of the most important commercial ports in Europe.

The cultural heritage of the city is very rich thanks to the many cultures that settled and left their mark, highlighting the Cathedral, the Alcazaba, Gibralfaro Castle or the bullring.

With culture for all tastes, Spanish and Andalusian essence, style and class, the city of Malaga is where you will learn Spanish with passion! Open-minded and friendly “malagueños” adore the “fiesta”, what can be noticed especially during the summer fair (Feria de Málaga). Held in August, it is one of the biggest fairs in Spain. For more than one week the “malagueños” and visitors celebrate in traditional Andalusian style with processions and music; dancing and drinking the typical sweet wine of Malaga.

Malaga enjoys a subtropical–mediterranean climate. The summer season lasts about eight months, from April to November, and the winters are mild and sunny, with average temperatures of 17°C during the day.

The friendly and welcoming nature of the locals makes it the perfect location to practice speaking Spanish with native speakers on an everyday basis. Come to Malaga and learn the Spanish language in one of the best locations in Spain!

The best schools in Malaga: 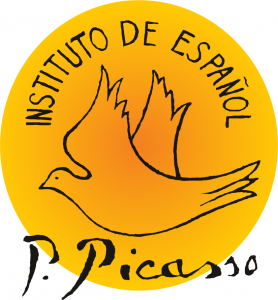 Our middle sized school is one of the longest-standing Spanish language schools of Malaga and it is located on one of the most characteristic spots in town, the square Plaza de la Merced, which is the center of the old town. The school is situated in a historic 19th century building, just fifty meter from the house where Pablo Picasso was born (the house in now converted into a museum). Within a few minutes’ walk from the school, you can enjoy the beaches, monuments, cinemas, bars, restaurants and so much more.