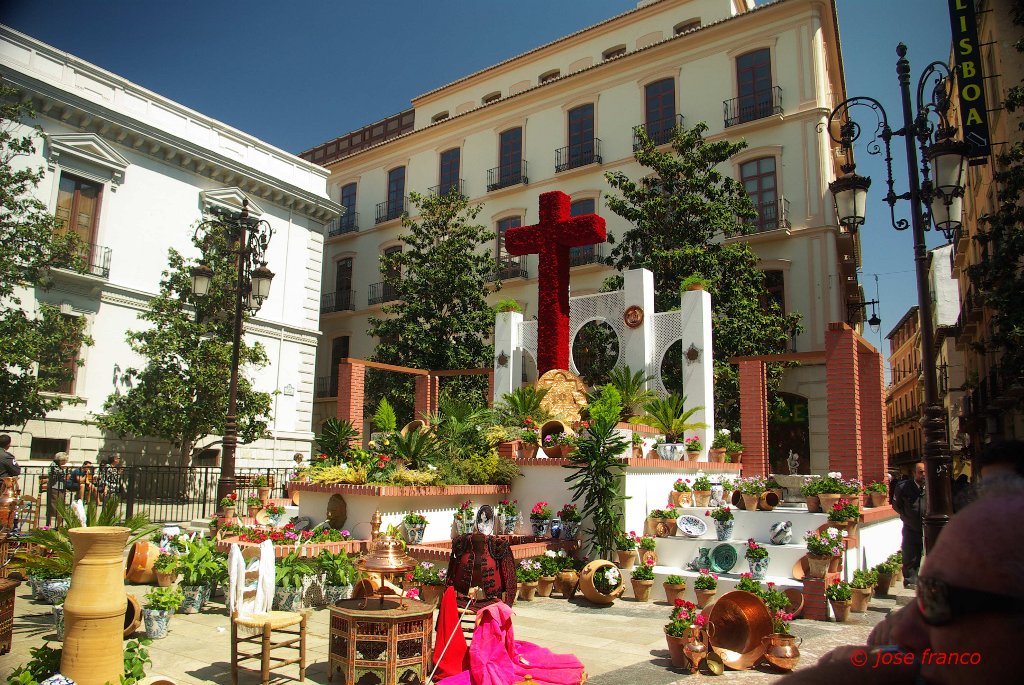 After a fabulous Easter, Spain prepares for another very traditional festival. La Fiesta de las Cruces (“Festival of the Crosses”) or Cruz de Mayo (“May Cross”) is a holiday celebrated the 3rd of May in many parts of Spain and Latin America, such as: Chile, Venezuela, Mexico or Peru. This day many cities in Spain and especially south regions of the country become a rainbow of colors during the first days of May.

Religiously, the festival is rooted in the search by the Byzantine Empress Saint Helena for the cross on which Jesus died, but the popular traditions connected to the festival take their origin from pagan traditions brought to Spain by the Roman Empire.

To celebrate the festival, people decorate the entire city with flower arrangements. Courtyards of buildings and houses are open to the public, carefully decorated for that day.

The central part of the decoration is, of course, a florally-decorated cross. Aside from the decorated temporary crosses, fixed crosses also get a lavish makeover, as do the various squares and courtyards. The decorations also include flowers, plants, various items (scarves, paintings, etc..) and other elaborate decorations. In addition to the decorations, other important elements of this festival are traditional dances and typical food.

The Cruz de Mayo celebrations are very popular and vivid especially in Andalucía. In Granada, for example, there is an interesting detail in the decoration; in front of each cross you can find an apple with a scissors stuck in it. Far from being a superstition, as many believe, it is more of a play on words. In Andalucía an apple is often called “pero” (which also means “but”) even according to the Dictionary of Language: pero. (from lat. pirum). m.  Variety of apple. The fruit of this tree. 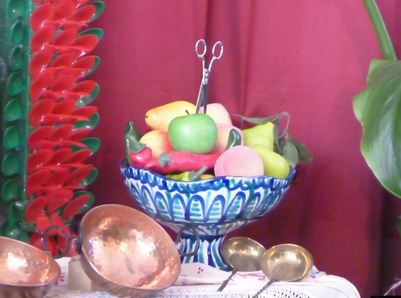 The scissors stuck in a “pero” are there precisely for this purpose; with the intention of cutting all the “buts”. Approaching the crosses people often say: “It’s very nice, but if he had … but if … ”  Scissors then want to remind the viewer that he should hold back all the criticism.

Many people are traveling across Europe to see the typical traditions of the Fiesta de las Cruces. Book your tickets and experience the Cruz de Mayo! You will not regret!