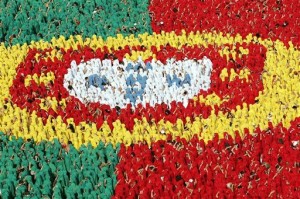 Every June 10th, the Portuguese celebrate their national holiday. It is known as the Day of Portugal, but it is officially called the Day of Camões, of Portugal and Portuguese Communities (Dia de Camões, de Portugal e das Comunidades Portuguesas).

The day marks the death of Luís de Camões on June 10th of 1580. Camões is considered Portugal’s and the Portuguese language’s greatest poet. He is best known for his work “Os Lusíadas”, the national epic poem of Portugal that celebrates the nation’s successes and rich history, dedicated to King Sebastian who died in the Battle of Alcazarquivir in Morocco. 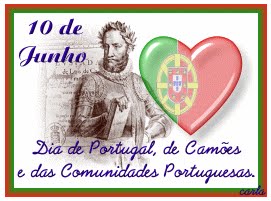 One of the interesting facts about Camões is that he left for Ceuta in search of adventure and enlisted in the overseas militia to fight against the “Moors”. During one of the battles he lost the sight in his right eye, that is why he is usually depicted with a droopy eyelid. He returned to Lisbon as a changed man and started leading a bohemian lifestyle. Only 20 years later he presented the work of his life “Os Lusíadas”, receiving as a reward an annual pension from King Don Sebastian.

What Os Lusíadas is?

Os Lusíadas means “to the children of Luso”. It narrates a story of a town that inhabited Lusitania, a region of the old Hispania that included part of the  current territory of Portugal. Lusitano was the name and language of the ancient inhabitants of Lusitania.

What does Os Lusíadas represent? 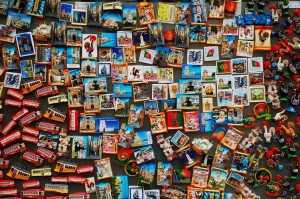 It depicts the achievements of Portugal in the explorations of the world in the sixteenth century. The country played an important role in the discovery of the New World during this century. The poem by Camões captures the essence of this golden age for the Portuguese, as it remains one of the best and most relevant works of Portuguese literature. The influence of his work Os Lusíadas is so profound that the Portuguese language is reffered to as “the language of Camões”

The Portuguese consider this day as a good opportunity to remember their roots, get together and celebrate. There are lots of outdoor celebrations where people go out to the streets, greet others and spend the day eating, singing, drinking and dancing. There are military parades, orchestras and fireworks that are part of the traditional activities of the Day of Camões.

Portuguese communities – rest of the world. 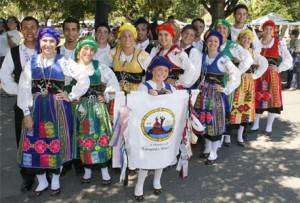 The Day of the Portuguese race?

During the authoritarian regime of the Estado Novo, from 1933 until the Carnation Revolution (Revolução dos Cravos) of April 25th of 1974, it was celebrated as the “Day of the Race” (Dia da Raça); the Portuguese “race”.

Here is the first stanza of the extraodrinary work of Os Lusíadas:

Need some help in understanding it? Why don´t you come to Camões` country and learn the beautiful Portuguese language? We offer you 5% discount on intensive Portuguese courses in Lisbon, Porto  and Faro.